Some inexperienced beer makers, might describe beer-making by saying, “just add malt, yeast, hops, and grains to water, wait, and you have beer.” Not true. Beer-making is an extremely old art.

Many people brew their own beer. The results are oftentimes superior to most common name brands. The rise of microbreweries has established niche-production and reclaimed the artisanal qualities of specialty brews. You don’t have to settle for mass-produced, flavorless, and forgettable beers.

You can purchase the natural components you need from Means Cork and Cap, and you’ll never lack for excellent quality beer.

Brewing beer, in principle, is simple. Grains are used as the basis of the process. To convert grain into alcohol, a short chemistry lesson is necessary.

The above description of the brewing process is, by a master brewer’s point of view, very simplified. But the basic steps are there, and they can help beginners understand the following material. 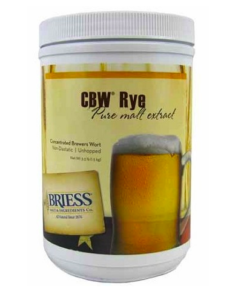 There are many kinds of malts. Each has a distinct purpose, to make a unique kind of beer according to flavor, body, aroma, and color. Many types of grains, including wheat, sorghum, oats, corn, rye, and rice can be malted. The most common by far, however, is barley. That’s in part for its high enzyme content, making malting easier.

Malts made from grains that supply most or all of the enzymatic ability to produce simple sugars from complex carbohydrates are called base malts. Those malts are also referred to as diastatic malts. If a malt has inactive enzymes, it is a non-diastatic malt.

Non-diastatic malts are called specialty malts. They are added to base malts to enhance or vary the flavor or color. Specialty malts are not generally added as a source of carbohydrates for fermentation. Depending on the vendor, base malts can be named for the type of beer that is usually made from them, like Pilsner Malt or Vienna Malt. 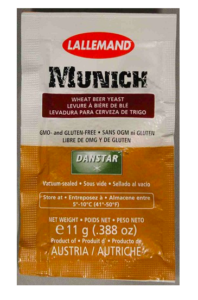 Much like making bread, yeast used for brewing produces alcohol from sugars. Why isn’t bread alcoholic? It is, at first, while the dough is rising, but the baking in the oven makes the alcohol evaporate.

Yeasts for brewing are divided into two large categories, top-fermenting, and bottom-fermenting, or ale and lager yeasts, respectively.

The ale yeasts work best at temperatures from 10oC – 25oC. As per their name, they rise to the surface, for a creamy head. Ale yeasts make ales, porters, stouts, wheat beers, and others. These beers have a high ester content, which can give a “fruity” flavor. Lager yeasts grow best at 7oC – 15oC, settle to the bottom, and produce beers including Pilsners, Bocks, Dortmunders, and American malt liquors.

Different kinds of yeast strains are used for many different reasons, including tolerance to alcohol, temperature range, and tendency to flocculate. Yeast tolerant to alcohol make a higher percentage of alcohol in the fermentation process before stopping.

Flocculation tendency describes how readily yeast “stick together,” and fall to the bottom of the fermentation vessel. High flocculation means the yeast readily accumulate at the bottom. Temperature range is simply the span of temperature the yeast strain works best at. It’s also true that yeast strains are chosen for the flavors and aromas they give the finished beer.

Hops are flowers from the hop plant Humulus lupulus. They are used either for giving a bitter flavor to beer, or an aromatic odor. Bittering hops are added at the start of the boiling step in brewing and are boiled for roughly 60 minutes. Aroma hops are added towards the end of the boiling and boil for about 15 minutes. Besides adding a bitter taste, hops can add grassy, grapefruit, or floral tastes to beer. 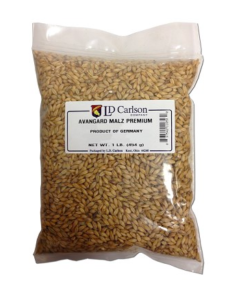 Barley base malts lend themselves well to blending with specialty malts for unique flavors, like chocolate, biscuit, and coffee. Unmalted barley is more like dry stout, has a good head, but is rather hazy.

Corn used to make beer gives smooth, though unremarkable, sweetness. Corn beers have light body and less haziness. Oats, especially with barley, make creamy beer, like stouts. Rice beers are dry and light, while rye beers have sharp flavors, and some spiciness. Wheat beers are full-bodied, with a very creamy head, smooth, and with some tartness.

We can provide you with advice and a wealth of experience and materials to help you with brewing. If you’re interested in any of our Malts, Yeasts, Hops, and Grains, stop by our store in Clarion, PA, or visit our online store.